This post was originally published on September 26, 2017 at https://sparklechicken.net/channel/jakessbc

So I don’t have the GPS sensor or the SD card reader yet, but I know which ones I’m picking up.  I’m trying my hand at getting a custom PCB made for this one, since I’m planning on actually creating a few pseudo-production model quality pieces.  I also downloaded a copy of FreeCAD to design and 3d print the cases, but you know what?  CAD is really difficult to just dive right into, and it is kicking my butt pretty hard.  I know that I’ll get it eventually, but it is going to take some serious time to develop any kind of proficiency with.  Add that to my utter lack of experience with 3d printing, and I think that the cases will be the hardest part of the project for me.

I finalized on using standard Ethernet cables to connect the base unit to the sensor box.  The current setup with the Arduino and the LDC shield in one box with all of the sensors in the other box is predicated on the assumption that the magnetometer will be unaffected by the goings on with the other sensors.  It doesn’t seem to have any problems working with the barometric altimeter in close proximity, but the breadboard prototype with the GPS and SD card reader will inform the final design which may need some of the sensors moved into the control box.  With this setup, I need 10 lines going to the sensor box, which means two RJ-45 jacks.

I found a place in China, iTead, that looks like they will make 10 PCBs for $20 USD, with a bonus 2 boards since it is an open source project.  It’ll take some time to get here, but that will give me some time to learn CAD.  I hope.  Either way, I won’t be ordering anything until I know if I’m going to need to separate the sensors. 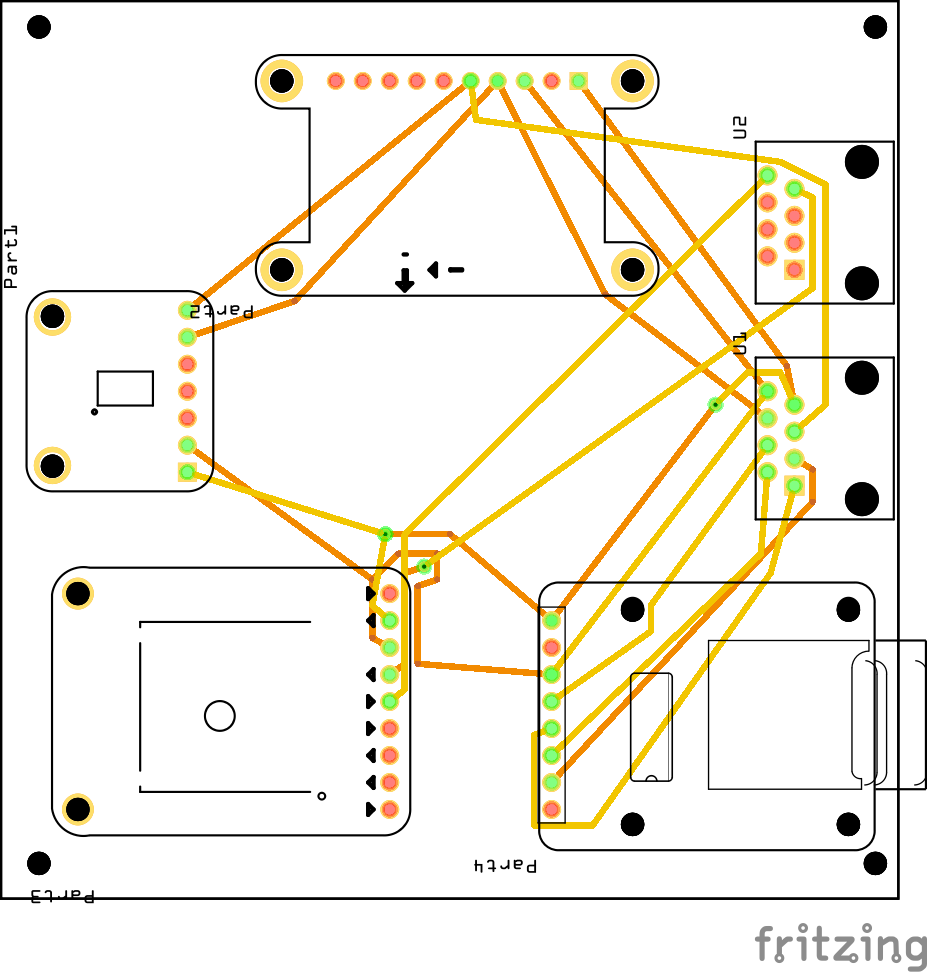 Jake is a network and systems admin in the Chicago area, where he lives with his very understanding wife and very stinky cat.